Ideation Week is often described by Codesmith alums as “the hardest week of the program”. It’s counterintuitive at first glance. After more than a month of 11-hour days followed by back-to-back three-day sprints, what could be so difficult about an unstructured week of brainstorming? Eventually, my production project team would build an npm (Node Package Manager) package to facilitate data streaming with Apache Kafka. But it took us almost the entire week to narrow down Kafka as the technology the majority of us were most interested in working with, and another two days to hone in on specific problems we wanted to solve for Node.js developers working with Kafka. 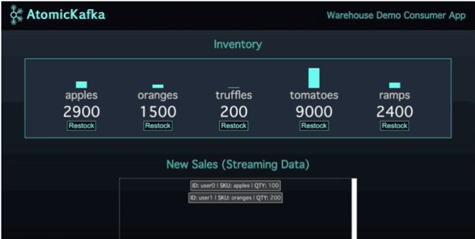 Ideation Week is hard for two main reasons. First, there are almost no constraints on the technologies we could focus on, so narrowing down to one core technology seemed to reject other, equally appealing possibilities. Second, developing open source tools is more difficult than using them. That might sound obvious, but what I mean is that being a contributor requires one to be both attuned to the shortcomings of existing processes and invested enough to provide an alternative.

"I especially valued the time I spent pairing with my teammates, as each engineer brought their own temperament to the project and taught me something about myself."


While my summary of Ideation Week makes it sound like our team progressed smoothly from brainstorming to fine-tuning, the reality was much more chaotic and we often moved back and forth between stages. 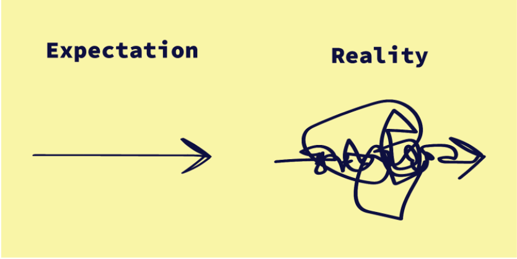 After we set up the basic skeleton for the reference architecture of our package, we split off to implement individual features—though we often pair programmed at crucial junctures, where an extra pair of eyes was invaluable. I especially valued the time I spent pairing with my teammates, as each engineer brought their own temperament to the project and taught me something about myself. I consider myself an analytical thinker by nature, largely due to my academic training. As a result, my mind naturally observes all of the possibilities and obstacles that could arise prior to diving into a project. This tendency toward slow deliberation helped our team to reign in in scope creep and spotting small, insidious bugs, and it was complemented by other teammates’ more experiential, get-your-hands-dirty styles. 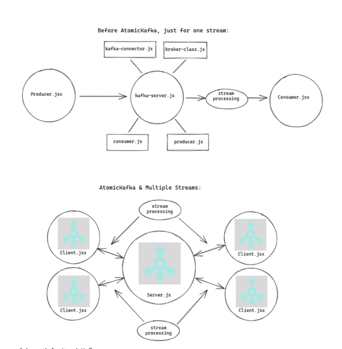 By Launch Day, we had a library that was much more modular and customizable than we did at MVP, two demo applications showcasing how the library works, detailed documentation, and a smart-looking landing page. Tackling Kafka for our production project has further piqued my interest in distributed systems and event streaming, and the data nerd in me wants to dig into analytic pipelines for streaming data next. (That being said, I love the front-end too, and I even “don’t hate” CSS!)

I’m very proud of what AtomicKafka has been able to accomplish and welcome developers to create new issues and pull requests.

Tests Are Tough but a Team Perseveres: Building the Open Source Product

It is Week 7 of the Software Engineering Immersive: the famed Ideation Week. We have officially...

It feels like it was just the other week when I found out who my teammates were for the Open Source...

Final Weeks at Codesmith: My Experience as a Senior in the Immersive

We have finally reached our final week at Codesmith. If the Junior portion felt as if the days were...