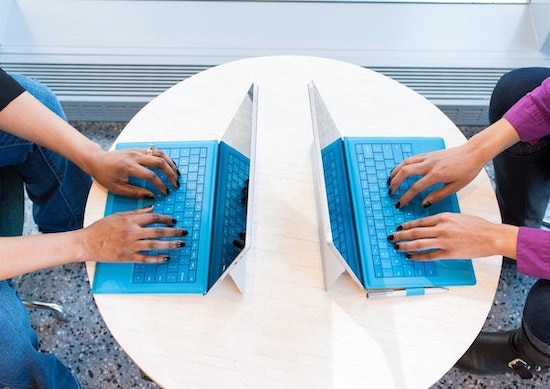 I’ve lived in many large cities - Singapore, Hong Kong, Shanghai, and now New York City. The one thing that us city dwellers are very good at is ignoring each other. We’re okay with being smushed up against another person’s chest in the subway at 8am, because we have a mutual understanding of “if you don’t bother me, I won’t bother you” (even the subway rats are aware of this). And we especially do not show any affection for strangers - to this day, I do not know my next door neighbour’s name but I do know that they love to blast “Mr. Brightside” at 3am on the weekend.

However, 6 weeks ago, at 5:30pm EST precisely, I found myself experiencing a “weekly Codesmith family dinner” for the very first time. I was one of 28 juniors, 19 seniors, and ~10 Codesmith staff in attendance. After some light small talk, the staff announced that it was time for “shout-outs” - the floor was open for anyone to “shout-out” someone who touched another person’s life in a special way that week. After each shout-out, everyone claps. For context, this dinner was held on my first day of the bootcamp, meaning that as of 5:30pm, I had only known these 56 individuals for 9 hours. I have never clapped as much as I did that evening.

Despite having only known each other for less than a full business day, almost every senior stood up, and welcomed us warmly to the family. At least 10 juniors gave each other shout outs for the smallest things, like explaining a technical concept or washing shared dishes.

I admit that I judge people by their covers - after that first family dinner, I was ready to accept that I would not be friends with everyone. What type of person publicly celebrates a random stranger? That’s too much positivity for me to handle. Six weeks later, while writing this blog post and nursing a hangover leftover from my 24th birthday celebrations with Codesmith friends, I surprised myself by realizing, “Hmm. I think I love these people”.

So how did I end up in this headspace? How did Codesmith manage to turn a room full of strangers into close friends? The formula is listed below:

During the junior portion of our residency, we’re exposed to a new topic every 2 days. After an hour’s worth of lectures on the topic, we’re given a challenge set and are expected to Google our way through it with a teammate. Nothing brings two people closer than by collaboratively struggling to write 20 lines of code to traverse a Binary Search Tree, and later having our souls crushed when we realize that it could be refactored to 3 lines.

Starting at 8pm, we were given a new partner and 24 hours to create a Google Chrome extension of our choice. That day, I realized that I could be competitive, productive and still have a huge amount of fun in the process. In fact, our idea was born when my partner and I discovered our mutual love for Spotify, Kanye, Kendrick, Frank, and Avril. We ended up winning the hackathon and becoming best buds :)

Every day, each senior presents a topic of their choice for 15 minutes. I definitely did not understand 90% of what they presented, but I prayed that the information would somehow be absorbed through osmosis. One talk in particular was focused on accessibility in computer programming - I was deeply touched by the subject and would encourage all to take a quick read here.

Codesmith pairs each junior to a senior mentor based on personality, background, and some random factors that we are not privy to. When I received my mentor pairing, the first thing I did was to Google him aggressively across a few social networking platforms. I was sorely disappointed - who doesn’t use Instagram? Similar to me, he was a veteran of a professional services firm, which set off alarm bells in my head (I fully expected him to either be uptight, boring, or too “fratty”). Luckily, I was proven completely wrong and now I feel very grateful to be able to call him a friend!

This is everyone’s favourite night of the week - by the time 8pm rolls around, everyone decompresses over white claws, beer, and games. I was already pretty good at rage cage, but my technique was really refined from regular practice.

Whew, you made it all the way to the bottom! Thanks for tuning in.

Check out this blog where our NYC Software Engineering grad Sophie shares her experience of working as a developer at a company that develops software for first responders.

From a Beginner to an Autonomous Software Engineer

My journey began in August 2019. I didn’t have a technical background, had not taken a single...
Read More

From Computer Science Degree to Codesmith: The Benefits of Doing Both

With the rise of technology, many people look to find ways to learn more about the newest...
Read More

It feels like it was just the other week when I found out who my teammates were for the Open Source...
Read More